During their advance southwards, the Japanese had undertaken a limited air offensive against the British colony of Burma, aimed at neutralising the small RAF force based in and around the capital of Rangoon. After inflicting losses on the squadrons based at Mingaladon, which were being augmented by the American Volunteer Group, the Japanese turned their attention to Singapore but continued to fly harassing raids from their bases in Siam. With the southern offensive close to a successful conclusion, the Imperial Japanese Army prepared for a new offensive aimed at taking the Burmese capital and then moving on towards the jewel of the British Empire in Asia – India.

The British had moved swiftly to reinforce Burma following the opening of hostilities, with more modern Hurricane fighters being moved up from the Middle East. Three squadrons of the fighters – 17, 135 and 136 Squadrons, comprising 267 Wing – moved to India with detachments operating from Mingaladon airfield near Rangoon. A squadron of Blenheims was also moved from India to Rangoon to provide some offensive capability. These joined 67 Squadron and the 1st Squadron of the American Volunteer Group ‘Flying Tigers’, which had been fighting the Japanese throughout December and January. The Indian Air Force was also bringing its first squadrons to readiness, with number 1 Squadron IAF equipped with Westland Lysanders.

For a week beginning on the 23rd of January the Japanese made a concerted effort to gain air superiority over Rangoon. A series of fighter sweeps were conducted by the 50th and 77th Sentai, with bombers raiding Mingaladon whilst the RAF and Flying Tigers were distracted. On each occasion, Hurricanes and P-40s took off to intercept the Japanese which resulted in fierce air combat over the capital. The Allied fighters used the Flying Tiger’s tactic of making diving attacks on Japanese formations which minimised their vulnerability to the Ki-27 fighters, but made it difficult to accurately estimate how many Japanese aircraft were shot down. As was to become common, both sides greatly over-claimed the number of enemy shot down – for the late January period the AVG and RAF together claimed 55 Japanese shot down (actual losses were just 18) whilst the 50th and 77th Sentai claimed 35 fighters destroyed (actual Allied losses were 10). Ultimately this mini-offensive had failed to dislodge the RAF and AVG squadrons from Mingaladon, but the Japanese ground offensive would soon make Rangoon untenable as a base for air operations.

During January 1942 the Japanese undertook an assault in the far south of Burma from the borders of Siam, occupying Victoria Point in the extreme south of Burma and pushing forward to the town of Tavoy on the 19th. A detachment of 113 Squadron Blenheims, having been sent to Tavoy to pick up RAF ground staff, discovered that the airfield was already in enemy hands and returned having left the stranded men to their fate. From Tavoy the Japanese then advanced to Moulmein, which fell at the end of January. The loss of Moulmein meant that Rangoon would not benefit from early warning of impending raids inbound from the Japanese bases around Bangkok. The single RAF radar station near Rangoon was not operating at full efficiency and was rarely able to pick up the slack. 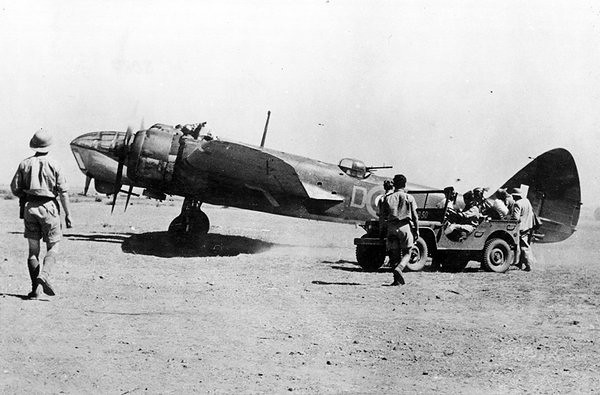 During early days of February, the RAF flew a series of harassing raids against the bases that the Japanese had captured. Blenheim bombers flying in small numbers attacked airfields in the forward area, whilst Lysanders from both the RAF and the IAF set out to attack other positions. The Japanese responded in kind, sending small formations of Ki-21 bombers to raid Rangoon by night, terrifying the population and giving the RAF’s pilots and ground crews sleepless nights.

Starting on the 6th of February the Japanese Army began a renewed effort to knock out the British and the AVG at Mingladon. Before dawn, harassing raids were flown over Rangoon by small numbers of Ki-21 bombers which 17 Squadron Hurricanes, assigned to night patrols, unsuccessfully attempted to intercept. Then after daybreak a fighter sweep by the 50th and 77th Sentai’s Ki-27s arrived over Mingaladon, to be challenged by Hurricanes and P-40s. The RAF claimed three of the enemy fighters shot down and three more probables, whilst the AVG added 7 more claims for Ki-27s. Yet again the claims were inflated – just one Ki-27 was actually lost. The attack was repeated the next day, with the same two Sentai over Rangoon, with much the same results – many claims, few losses on either side. The Japanese had failed to destroy the RAF and AVG in combat, but the Allied position in Burma was soon to become extremely tenuous.

There followed a period of relative calm in the, as the Japanese consolidated their territorial gains in the south of Burma and crept northward towards Rangoon. The Japanese Army Air Force was rarely seen over the city, spending most of its time supporting the ground forces in their advance. The RAF light bomber force of Lysanders and Blenheims was likewise engaged supporting British ground troops, bombing the Japanese columns as they moved towards, and then across, the Salween River. This was the last natural obstacle before the capital, and with the river crossed the British position in southern Burma was becoming untenable. RAF ground crews were despatched to Magwe airfield, to prepare it for the arrival of squadrons which were imminently expected to abandon Mingaladon.

Attacks on British airfields resumed during the last week of February. At Bassein, a bomber field 140 miles west of Rangoon, a formation of Ki-48s arrived and delivered an attack which destroyed a Blenheim and damaged other aircraft, and led to the evacuation of the base. Mingaladon was hit on the 25th by another Japanese fighter sweep consisting of around 50 Ki-27s and Ki-44s. Three P-40s and half a dozen Hurricanes took off to intercept, and were quickly in the thick of a furious dogfight. Despite many claims, neither side suffered losses on this occasion. After this raid six Hurricanes and four Blenheims set out to destroy Japanese shipping that was feared to be about to launch a waterborne landing near Rangoon. Several ships were strafed, and two river barges sunk. In the early evening, Ki-48s returned to Mingaladon and destroyed several aircraft on the ground. The AVG intercepted and claimed to have shot down no less than 21 Ki-27s and a bomber, but as usual this bore little resemblance to the reality that just two Ki-27s failed to return.

The 26th saw two Japanese raids on British airfields in Burma, the attacks being followed by a return sortie of six Hurricanes which headed to Moulmein to strafe the returning Ki-27s – several of which were claimed burned on the ground. This was part of a series of tit-for-tat raids, with the air forces of both sides raiding each other’s airfields. The affect was more evident on the Allied side, with Mingaladon increasingly untenable as a base. Most squadrons began to pull back to Magwe, and these were joined by the radar unit which had been providing early warning for Rangoon. The last squadron to depart was 135 Squadron, which flew its remaining Hurricanes to Magwe on the 4th of March.

On the 8th the Japanese marched into Rangoon. The withdrawing British Army had demolished oil refineries and storage tanks as well as other facilities in order to deny them to the enemy, and the smoke from these restricted the ability to conduct flight operations. On the 10th of March, British and Indian troops were withdrawn from the Andaman Islands, which were occupied at the end of the month by the Japanese. RAF Hurricanes covered the retreat towards the Indian border, but there were no major airfields in the area and so the fighters had to use temporary fields cut out of the jungle or located on hard paddy fields – called ‘kutcha’ strips. The battered RAF now had less than 60 aircraft left for the defence of Burma.

Hundreds of thousands of civilians, mainly Indians who had moved to Burma to take jobs under the British administration. Fearing reprisals from the Burman native population these people joined the March north. Those who were able to find transportation to Akyab airfield in western Burma might be lucky enough to find a place on a B-17 of the 7th Bomb Group, which had moved to India from Java and was using its bombers as transports. A trickle of US equipment was also finding its way to Burma, with the AVG receiving several improved P-40E fighters that had been flown across Africa to reinforce the unit. These movements were dwarfed by the arrival of Japanese Army air units, which were now free to support the offensive after the fall of Singapore and Java. The stage was set for the Japanese to gain complete control of Burma.

The Fall of Burma