After the debacle that was the initial bombing campaign against China, the 1st Rengo Kokutai was forced to take stock. So many bombers had been lost to enemy fighters and anti-aircraft fire that a radical change in tactics was required. For attacks on heavily defended airfields, the G3M bombers over China could now rely on escorting A5M fighters of the 2nd Rengo Ku for protection. During this new phase, the bomber force would be required to destroy the remnants of the Chinese Air Force at their large airfields far behind enemy lines. Also, the G3Ms were required to attack rail links that allowed enemy reinforcements to head towards the battle fronts. 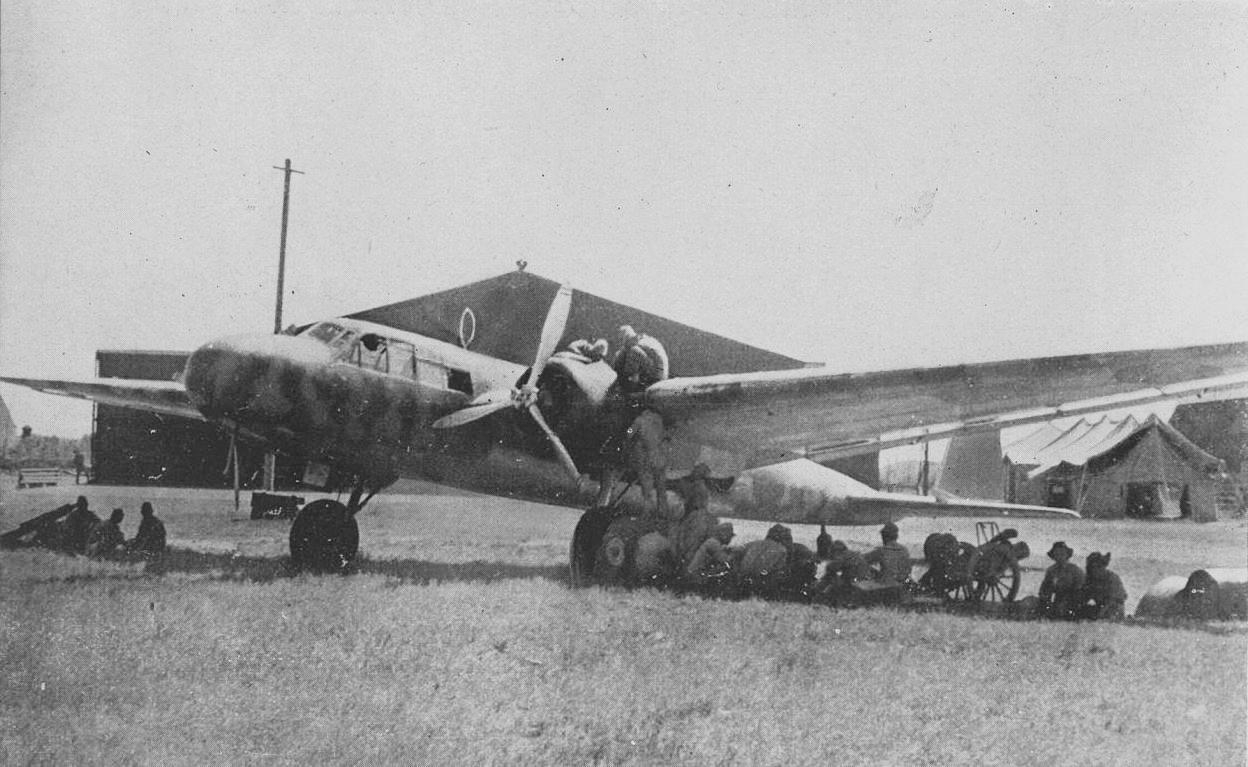 On the 23rd of September the Kanoya and Kisarazu Kokutai launched a pair of raids on the Chinese airfields at Nanchang and Hankow. Nanchang was perhaps the finest airfield still in Chinese hands, and was home to several bomber units of the Chinese Air Force. It was also the site of an aircraft factory which produced licensed copies of foreign aircraft for use by the RoCAF, and so was considered an extremely important target. Hankow similarly boasted a good airfield and an ordnance arsenal and depot, and furthermore was believed to be the location to which the Chinese government would retreat after the fall of Shanghai – bringing their best air units with them. 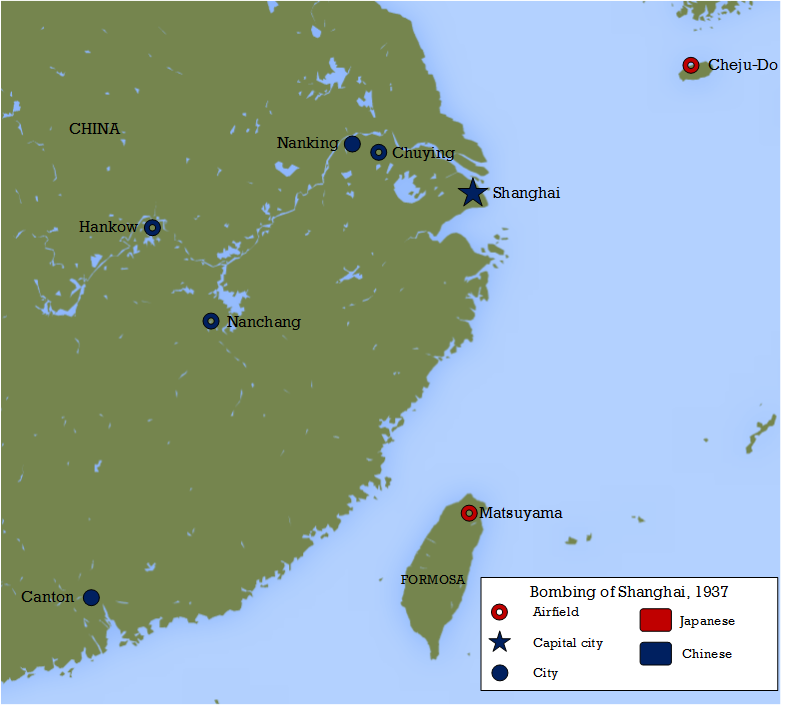 The Kanoya Ku was assigned to attack Nanchang whilst the Kisarazu Ku drew the task of bombing Hankow, both targets to be hit at dusk. The results of the raids, however, were very poor; only 3 Kanoya G3Ms managed to find their target and the Hankow attack was cancelled altogether due to poor weather. Accordingly, repeat attacks were ordered for the following day, with much better results. 15 G3Ms of the Kanoya Ku carried out an effective attack on Nanchang, setting several hangars on fire and claiming 5 fighters destroyed on the ground. The Kisarazu Ku initially could not find Hankow airfield with their 14 G3Ms, and so bombed the city’s steel mill and ordnance depot. They stumbled on the airfield on the way home and spotted 20 aircraft on the ground but, lacking any more bombs, had to leave the target untouched.  Some of the Chinese aircraft managed to get airborne and launch attacks on the retiring bombers, but all of the G3Ms survived, claiming two of the interceptors shot down.

These raids were followed up by an additional raid by the Kanoya Ku on Nanchang on the 1st of October and another on the 14th. The Kisarazu, meanwhile, began a campaign against Chuyung, Tachiaochang and Yenchi airfields near Nanking. On these raids, Kisarazu G3Ms usually flew first to Kunda airfield, where they were met by 12th Ku A5Ms and escorted all the way to the target by the fighters. The first of these raids occurred on the 3rd of October, as four A5M fighters escorted six G3Ms to Yenchi airfield, where a pair of Gamma 2E bombers were claimed destroyed on the ground. No aerial opposition was encountered. A return raid in the 6th claimed further damage to the airfield, but noted that the remaining Gamma 2E’s had relocated to Kwangteh airfield. On the 12th, nine Kisarazu G3Ms were joined by 11 A5Ms as well as several D1A bombers for an attack on Tachiaochang – the first time that single engine bombers had co-operated with the medium type.

Simultaneously with the campaign against Chinese airfields, the 1st Rengo Kokutai was required to attack the railway system of China, particularly the Canton-Hankow railroad. This vital link was used to bring troops and supplies from Canton north towards the fighting front, and was a less politically sensitive target than the Chekiang-Kiangsa railroad, which was being used by civilians and neutrals to flee Shanghai. Attacks had been carried out on the Chekiang-Kiangsa line during August 1937 but these were discontinued as the risk of hitting neutrals was considered too high, with the 9-Power Treaty Conference due to make a declaration on the war situation in November it was thought wise not to antagonise the delegates. Attacks on the Canton-Hankow line began with a costly attack by 6 Kanoya G3Ms which resulted in one of the bombers crashing into a hill as it attempted to evade a Chinese fighter. The Kisarazu Ku, still flying from the Korean island of Cheju-Do, concentrated on the Beiping (Beijing)-Hankow railroad which was a key link between the Central and North China fronts. Attacks on key railway stations, locomotive sheds and bridges were conducted by the Kisarazu throughout October. 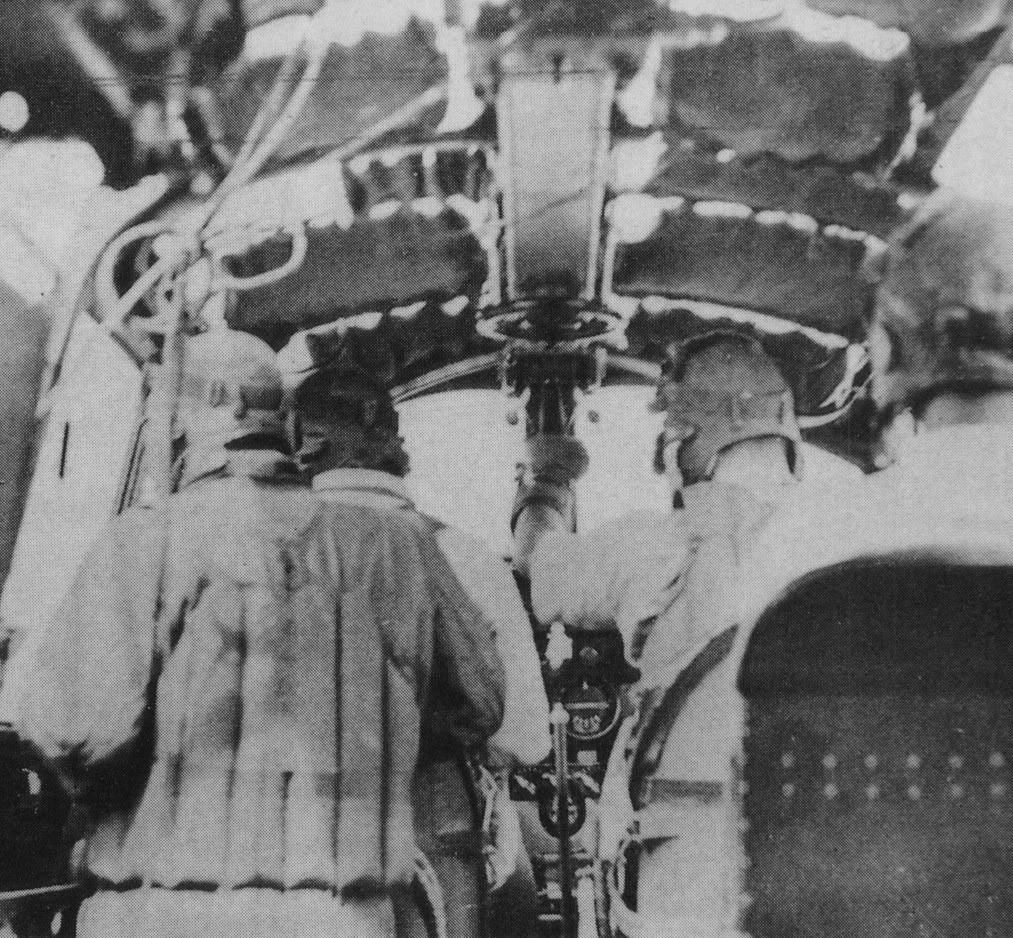 The main focus was, however, on Chinese airfields and most sorties of the G3M corps were directed at these targets. A raid by 12 Kanoya bombers was directed against Hankow airfield on the 18th of October. Intelligence indicated that there were as many as 60 aircraft based on the field, with a standing air patrol in the area during daylight hours. The Kanoya therefore devised a strategy to approach the airfield with the sun at their backs, making best use of this cover to surprise the defenders. Results were good, with 9 ‘large’ planes claimed destroyed on the ground and ‘most of the small planes [were] also enveloped by black smoke and destroyed’. 2 intercepting fighters were also claimed as destroyed by the G3M gunners, and all of the bombers were able to return to base. The following day the Kanoya was dispatched to attack Tachiaochang airfield with escorting A5Ms, a raid which was followed up by a heavy night attack by 14 Kisarazu Ku aircraft. On the 20th, both Nanchang and Tachiaochang were hit again as the pace of bomber operations began to increase – replacement aircraft had begun to reach the 1st Rengo Ku in ever growing numbers.

Ruin from the air

In late October 1937, as the Chinese line along Suzhou Creek began the collapse, the G3Ms were redirected to bomb lines of communication, towns and supply dumps critical to the Chinese retreat. These raids called for the maximum strength of both G3M units to be directed against these targets day after day, with huge amounts of explosive rained down on what were largely civilian targets. Between October 25th and November 10th, the 1st Rengo Ku launched a total of 320 bomber sorties against towns and ‘military positions’ which had a devastating effect on the civilian infrastructure. No doubt many of the thousands of civilians to be killed in the Battle of Shanghai lost their lives to bombs dropped by G3Ms. As Barbara Tuchmann wrote:

In the Yangtze delta whole towns were devastated with acres of houses left in smoldering ruins or in rubble from bombing. In deserted streets the only living creatures were dogs unnaturally fattened by feasting on corpses or a few starving humans wandering like ghosts amongst the debris.

The 1st Rengo Ku was also tasked with supporting the Japanese Army as it landed at Hangchow Bay, south of Shanghai. Like the 2nd Rengo Ku, the G3M force was frustrated by very poor weather which often caused the bombers to turn back whilst en-route to their targets, due to a storms and solid cloud cover.

From mid-November, as the Shanghai campaign began to wind down, the bombers began to re-deploy. Whilst the majority of the Kisarazu Ku was sent to Nanyuan to assist with the northern China campaign, a detachment of G3Ms was sent to Kunda airfield, the first of the bombers to reach the forward area. The Kanoya Ku remained at its Formosa base for the time being but would itself move to Kunda in December, as th 12th and 13th kokutai moved to airfields around Nanking. From here the bombers would mount attacks on targets deeper in China over the next few months, including the new capital at Hankow.

The Soviet Volunteer Group In Action

Operation 100: The Bombing of Chungking