The Republic of China Navy of 1937 was, by the standards of the era, very small and limited in its abilities. The largest vessels it had in commission were light cruisers like the Ning-Hai (Peaceful Seas) which, although relatively new, were built to outdated designs and were not as capable as comparable vessels in other navies. Nonetheless these ships posed a threat to the Japanese fleet off Shanghai. By carrying out harassing attacks from their bases further up the Yangtze, the cruisers could interfere with the Japanese landings.

The Chinese did not in fact have any plans to attack in this manner. The ROCN implemented a more defensive plan which began even before the hostilities were underway in Shanghai. To prevent landings further up the river around Nanking and other cities, on August 11th Chinese trawlers destroyed lighthouses and other navigation aids. The next day, 36 old ships and barges were scuttled in the mouth of the Yangtze as blockships. The cruisers, under Chen Shau-Kuan, patrolled a blockade line at Jiangyin, about halfway between Shanghai and Nanking, protected by shore-based anti-aircraft batteries. 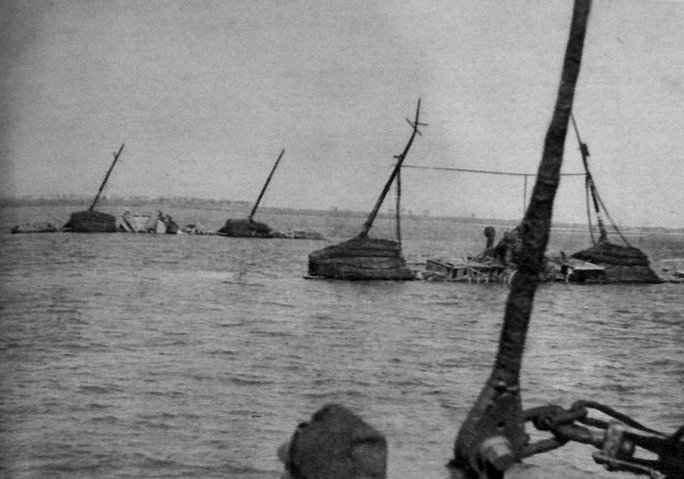 On the 20th of September, with air opposition over Shanghai waning, the Japanese carrier Kaga and the land-based 2nd Rengo Kokutai (Combined Air Group), commanded by RAdm Teizo Mitsunami, were ordered to find and destroy the Chinese warships, with particular focus on the Ning-hai, her sister Ping-Hai (Amicable Seas), and the Yat-Sen (named for the founder of the Chinese Republic). They would do so concurrently with attempting to destroy Chinese air forces of Nanking. Particular care was to be taken to avoid the powerful anti-aircraft capabilities of the ships, which necessitated attacks from relatively high altitudes.

Weather conditions stopped the immediate launch of strikes, but on the 22nd Capt Imamura Osamu’s 12th Kokutai opened proceedings. In mid-morning a force of 12 B2M torpedo bombers escorted by 6 A4Ns fighters, all under the command of LtCdr Otsuka, carried out a level bombing attack from 2,500m altitude. Results were quite good, with single hits recorded on each of the Ning-Hai, Ping-Hai and Yat-Sen.

Three further waves of attacks by high-flying B3Ys, from both the 2nd Rengo Ku and the Kaga, scored more hits and damaging near misses. However, the damage in each case was quite minor. The B3Ys were primarily armed with small 60kg bombs which did not have enough destructive power to cause crippling hits on the cruisers. The Chinese, for their part, claimed to have shot down 5 of the attackers but actually managed not to have destroyed any. The anti-aircraft fire thrown up by the cruisers and nearby shore batteries did cause enough concern among the Japanese to force a change in tactics during the follow up attacks.

Next day, the 23rd, 12th Ku was again in the lead. This time, however, the B3Ys were used as a diversion, in order to draw AA fire away from the main force. Spotting the muzzle flash of the guns, the bombers also tried to destroy the batteries in preparation for the arrival of the next wave.

26 D1A Type 96 dive bombers of both the 12th and 13th Ku, in two groups, swooped in. These aircraft were fitted with the same 60kg bombs as the B3Ys, but their accuracy was much better. The first group managed to score 4 effective underwater hits on the Ping-Hai, and 2 direct hits on the Ning-Hai which was forced to flee upriver. The second group contributed a further 6 hits on the Ping-Hai, including grievous wounds to her engine rooms and magazines, which caused the ship to quickly sink to the shallow bottom of the Yangtze. A follow up raid scored some hits on the previously undamaged Yat-Sen. 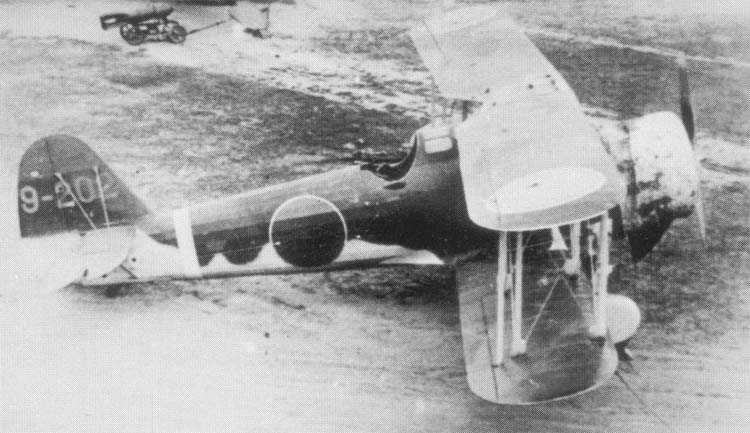 The Ning-Hai and Yat-Sen were reprieved, but only for two days. B3Ys searching for a missing Japanese pilot found the struggling Ning-Hai near Bawei on the 25th, and put two more bombs into her. Like her sister ship, she sank to the shallow bottom of the river. On the same day a lone dive-bomber, returning to base from a raid on Nanking but with a bomb remaining, found the Yat-Sen. An accurate attack resulted in a direct hit which sent this cruiser to the bottom like the others.

During these attacks the effectiveness of dive-bombing, as opposed to level bombing, was graphically demonstrated. The D1As had roughly double the hit ratio of the B3Ys when using the same 60kg bomb, and it was the dive-bombers that had claimed the decisive blows on two of the three cruisers sunk.

The Chinese Navy was largely destroyed. Its remaining older cruisers were deliberately sunk as additional blockships, and the few remaining effective vessels were hinted down by the Japanese. The gunboat Chu-yu was sunk by Japanese bombers on the 29th of September, and the training cruiser Ying-Rui suffered the same fate in late October. Other ships were forced to sail up the Yangtze as far as Chungking to avoid similar fates.

The Ning-Hai and Ping-Hai were to see action again. Having bottomed out in shallow freshwater, the vessels were relatively easy to recover. Salvage operations during 1938, despite claiming the lives of some Japanese divers, successfully re-floated both ships, which were then towed to Japan. Both served as stores ships until the demands of the ongoing war forced them into active service as escort vessels. It was in this role that both met their ultimate fate: Ning-Hai, now named Ioshima, was sunk by a US submarine in September 1944. Ping-Hai, renamed Yasoshimo, was sunk by American carrier planes in the Philippines two months later.